A smart young boy, Suraj had always dreamt of making it big one day. But the ambitious boy’s journey towards realising his dreams was far from easy.


Suraj’s father passed away at an early stage in life. With the entire responsibility of supporting the family of three thus falling upon his uneducated mother, it was difficult to make ends meet. While Suraj’s mother started working as a domestic help to provide for her family, his elder brother was forced to drop out of school after Std VIII and took up odd jobs at the local level to support his mother. But Suraj was academically bright and wanted to complete his education.


It was at this time that LOLT social workers came across Suraj and his family, and immediately enrolled Suraj into our flagship project Anando. Suraj was an outstanding student and actively participated in all LOLT activities throughout the secondary school. With LOLT’s support in the form of education material, supplementary coaching classes, and career guidance, Suraj passed his SSC exam with a first class. Later on, he went on to pursue his Diploma in Engineering, but failure to cope up with the mounting academic pressure forced him to drop out of the course soon. This was a very challenging phase for Suraj as he was disappointed and dissatisfied with himself. His interest in education started decreasing, and so did his self-confidence.


But once again, with LOLT’s intervention, he was able to bounce back, with even greater energy. To keep Suraj’s spirits high, he was enrolled into LOLT’s BPO training program. After successfully completing this program, Suraj took up a job at a call center and was also highly motivated to pursue his higher education. He passed Std XII with flying colours, and also graduated in B.Com with A grade thereafter. Not holding himself back after this, Suraj went on to pursue his post-graduation in M.Com and at the same time, he also joined LOLT as an English Teacher.


Today, Suraj is working as an Executive Officer with Axis Bank, Khopoli Branch and he earns Rs 15,000 per month. Not only this, he has also developed his thinking abilities, communication skills, and self-confidence with the help of LOLT’s intervention. Despite the ups and downs in his path to success, Suraj was finally able to achieve his goal and establish a career in the field of his choice. He is now supporting his family financially as well as emotionally, and has become an example for many of our students at LOLT. 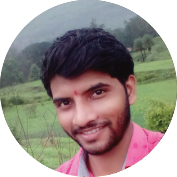